20 Unusual Sports That You Must Know – Part 1

The human is full of imagination. It is a fact. Just look at the amount of inventions that are discovered each year. Showers with LED lights that change depending on the water’s temperature, padlocks for wine bottles and pajamas for babies that serve as a mop … In short, there is no limit and it is a reality that applies in sports too. Here is the first part of our top 20 unusual sports:

This strange sport is a blend between two opposing disciplines: chess and boxing. The fight is between two athletes and lasts 11 rounds of 3 minutes each. Thus, athletes begin with a round of chess and then fight in boxing and return to their game of chess, and this, continuously.

There are 3 ways to win a game: Put an opponent KO, defeat the other with a checkmate or if one of the two exceeds the allotted time for chess (18 minutes total).

What’s better than finding the perfect balance between physic and intellect?

2. Swimming in the mud

Here, athletes must perform a 110 meters run in a muddy water trench. It sounds easy at first glance, but be aware that it is totally forbidden to use any type and / or traditional swimming techniques, so you have to be very creative and extremely motivated to participate to that new sport!

Obviously, as the name suggests, you must be disguised as a mascot to participate. On the other hand, there are no predefined rules, because these races change from one event to another. Most of the time, this is an obstacle race that involves several mascots at a time, giving a show to any type of crowd.

This discipline was created in Finland and is performed in teams of two. Each team must contain a man and a woman and consists of an obstacles race that must be completed in the best possible time. The major difficulty is that the man must wear the woman all along the way without making her fall. So…who would you trust to try that strange sport? 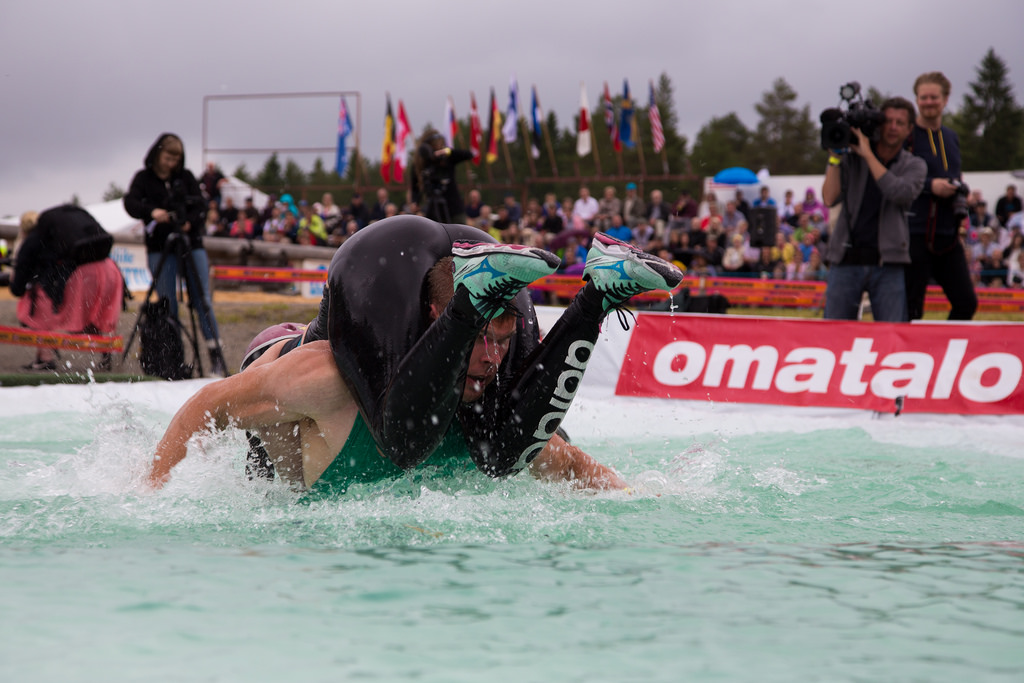 Do you have a baby? This is the moment to make him/her participate at an activity at his/her level. Baby races are becoming more popular and, often, makes a lot of children and parents happy. Most of the time, the races are done on a distance of approximately 10 meters and only one rule is obligatory: It is forbidden to be standing! Otherwise, this sport is a guaranteed dose of pleasure.

Started in England, this tradition is very popular. This unusual sport is a race that takes place on a hill and where you have to run after a round cheese of 4.1 kilograms. The goal is to catch the cheese, but as this one can reach a speed of about 110km / hour, the most realistic goal is to be the first person to arrive at the hill’s bottom. On the other hand, this sport causes a lot of injuries, so you have to practise it carefully!

This new sport is a divine mix between soccer and madness. In fact, the goal is to kick the ball and make points by throwing it into the opposing goal. On the other hand, the game is played on muddy ground and it is possible to knock down opponents. To increase the pleasure, if you attack an opponent too brutally, you must kiss his wound and continue your game with a bag on your head (for one minute only). Also, the teams are mixed, so everyone is part of the fun!

This race, taking place in Germany, is simple: hitting a slope of 200 meters long in your favorite office chair. You can earn points for your originality, so participants are invited to excel to impress the audience. It’s a perfect activity for the dreary days at work!

This unusual sport is for those who do not have cold eyes! This is a game where players have to make goals like soccer, but with a bigger ball. Very funny, but the fact that each participant has a “tazer gun” makes it more scary. Indeed, players can give shocks to their opponents to steal the ball. Fortunately, the shocks are not as intense as the police’s ones, but they are still formidable, so you must run fast.

This new sport is an interesting mix between the popular basketball and the use of trampolines. The goal is to score points by making baskets and finishing with more points than the opposing team at the end of the game. There are 8 trampolines spread on the ground in two blocks of 4 surrounding each basket. Thus, to score points, you have to run, jump and watch your back because collisions are accepted. 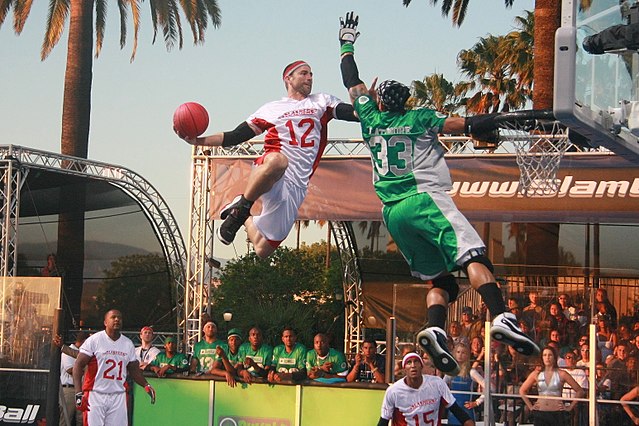 By taking a look at these strange sports, there is no doubt, genius is very close to madness … Do not miss the second part of this article to discover 10 other sports just as surprising ;) 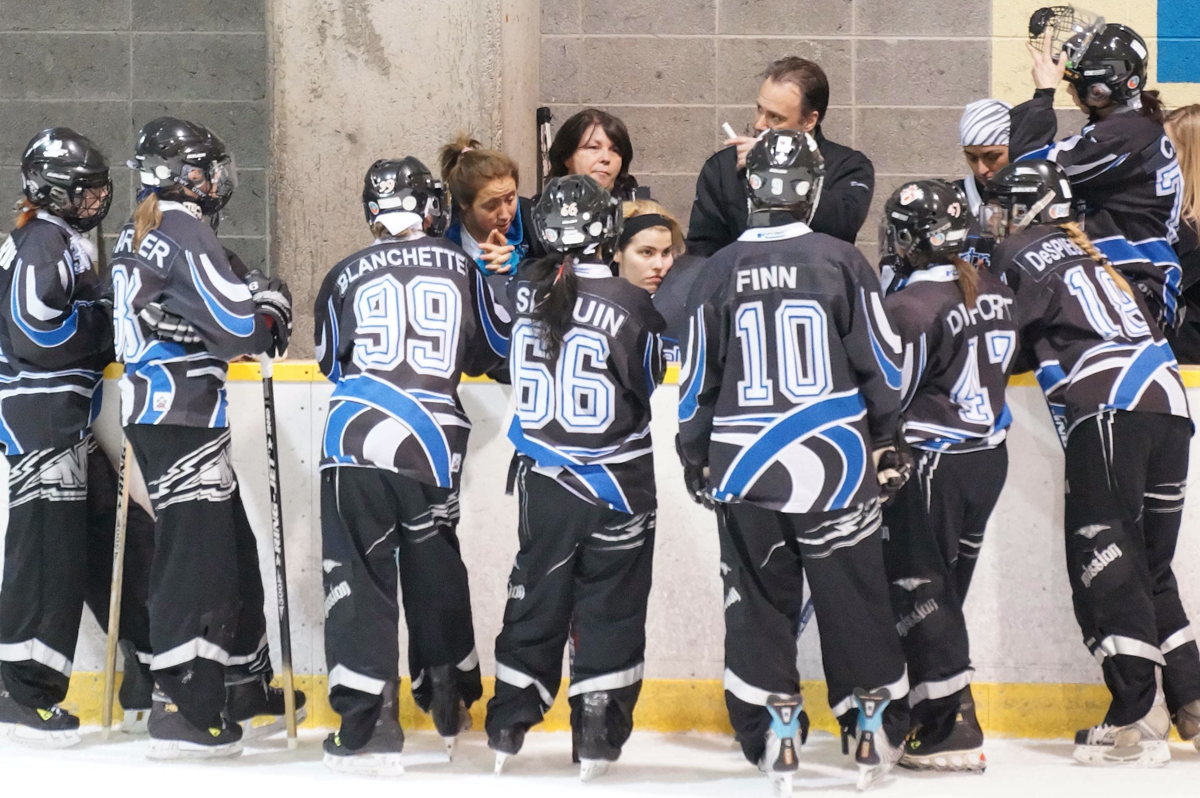 As we know, there is a multitude of sports available for all types of personalities. But today, let’s talk about a sport that was exclusive to women: ringette. Where does it come from? Why wa...

As we saw in the first part of this article, humans are very creative when it comes to creating unusual sport activities. We do not surprise you by telling you that the next 10 sports are all as in... 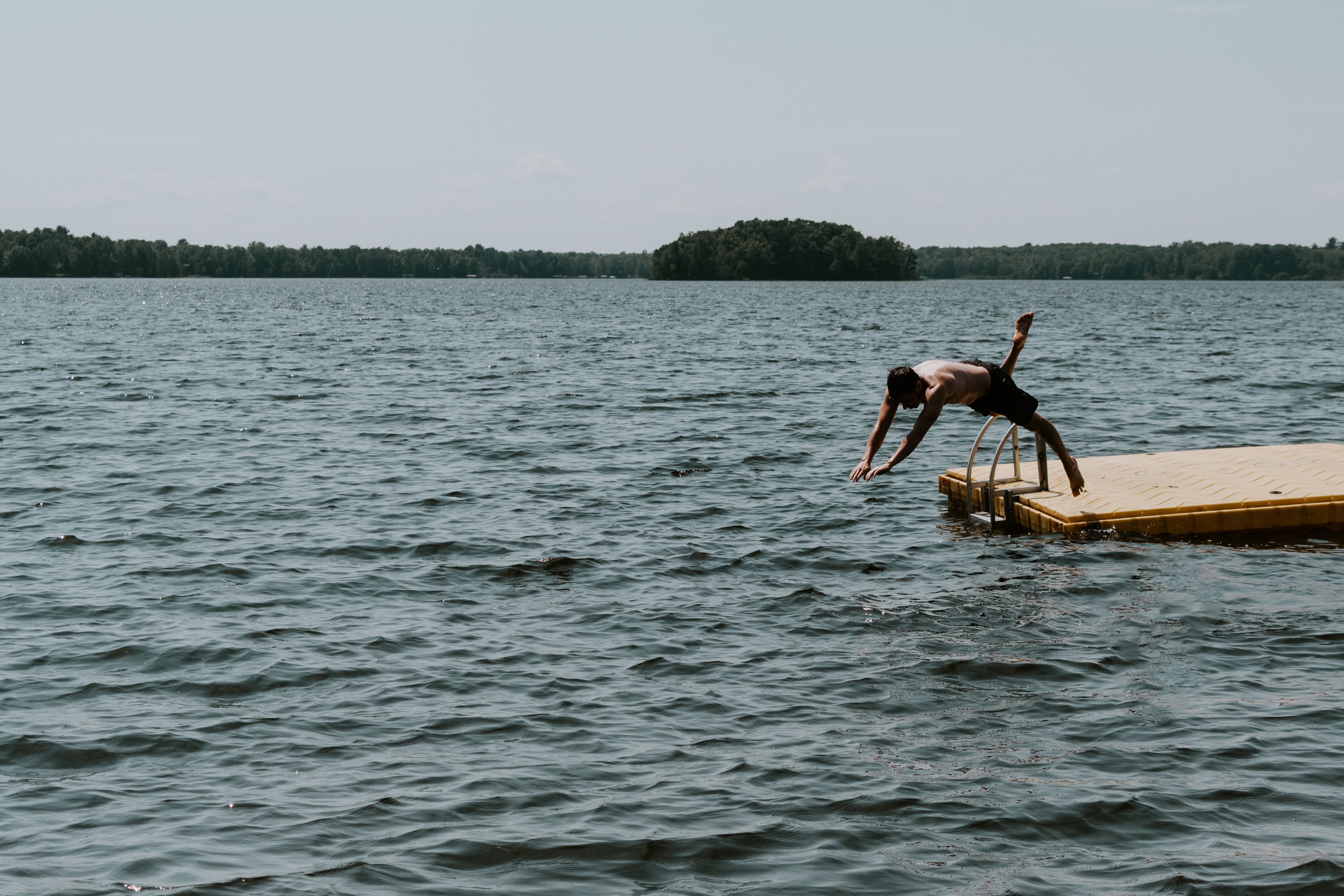 The Consumption of Brown Bullhead Would Improve Diving Skills, According to a Study

The Brown Bullhead Have you ever heard of the brown bullhead? It is a fish that belongs to the catfish family and is predominantly brownish to yellow in color. Its body without scale has a fairly m...